Summit Greenfield has applied to the New Castle Zoning Board for a variance that will permit Summit to lease 140 of its parking spaces to Northern Westchester Hospital (“NWH”) for a limited period of time, while NWH expands its emergency department and builds a parking structure. 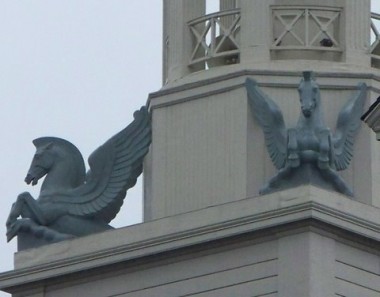 n its Tuesday, May 13 regular meeting, the Town Board heard from the developer’s lawyer, Stephen Kass, as well as from the president of NWH, Joel Seligman, both of whom appealed to the board to allow the “interim parking solution” on neighborly grounds, since Mt. Kisco’s planning board requires that the hospital find parking before approving the plan. The town of Mt. Kisco has offered 50 interim parking spaces for hospital employees; the town of Bedford, 60.  Seligman said that with 27,000 visits to the ED per year, expansion is long overdue.

The expansion of the emergency department would take two to three years, and is scheduled to begin in two or three months.  Hospital employees required to park at Reader’s Digest would be shuttled to and from the hospital during that time.

Council member Michael Wolfensohn expressed his belief that addition traffic during the high school morning rush hour would be keenly felt in the Reader’s Digest neighborhood. Seligman answered that only nursing staff kept such early hours as 6:45 a.m. to 7:45 a.m. and the hospital had no intention of requiring nurses to park at a distance. The bulk of shuttled employees would arrive between 8:00 a.m. and 9:30 a.m. and leave between 4:00 p.m. and 6:00 p.m.

Mr. Kass also mentioned to the town board Tuesday that Summit is engaged in “conversations” with NWH to “lease of some office space to NWH as part of Summit’s overall project.” On the departure side of the ledger, NewCastleNOW.org has learned that documentary film producer Peter Kunhardt’s “Kunhardt Productions” is leaving Reader’s Digest in June for smaller space in Pleasantville, in the center of town on Wheeler Avenue.