“You are not in this alone, the town is working very hard around the clock to get us all back to normal.”

PUSHING TO OPEN SCHOOLS NEXT WEEK

NEW:  Important Info for Residents Who Are Out of Power 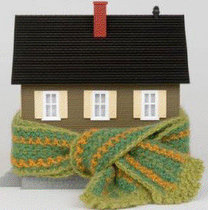 Many residents who reported outages to Con Ed—by the way, New Castle Police have advised calling Con Ed each day to tell them you’re still without power—have received robo-calls from Con Ed informing them that “the majority of households” in our area would have power restored “by next weekend.”  They aren’t saying “this” weekend, but “next.”  Let’s hope it happens sooner, but in the meantime I would like to throw two things out to NewCastleNOW readers who are out of power—about using wood-burning fireplaces to heat your home, the safe use of generators, and the dangers of carbon monoxide.

The American Red Cross in conjunction with Northern Westchester Hospital is in the process of opening a 24 hour shelter for persons in need of overnight shelter.

This is Lyn McKay, Superintendent of Chappaqua Schools.  As I previously reported, all schools will be closed tomorrow, Friday, November 2.  At this time, Greeley, Seven Bridges, and Grafflin have power.

NEW: Come to the Farmers Market tomorrow!  We’ll be there! 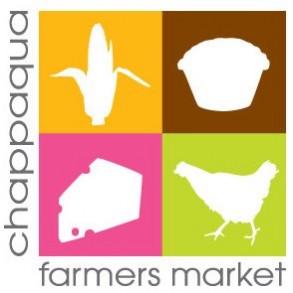 We will have a farmers market this Saturday, November 3.  Most of us are without power. But by Saturday, we will have either eaten through or tossed the contents of our refrigerators and coolers and will be desperate for fresh food. I’m happy to report that due to the lack of flooding upstate, most of our farmers fared well.

THURSDAY NEWS:  Both Shell and Mobil gas stations are up and running

If you’ve been driving out of town to find working gas pumps, you can stop now.  Both the Mobil station at 25 South Bedford and the Shell station at 114 South Greeley now have electricity and can pump gas!

The Town of New Castle, like much of Westchester , has been hit very hard by Hurricane Sandy.  Approximately 5,100 customers in the town have lost power, and many of our roads are either impassible or extremely dangerous.  Please be very careful and avoid driving under trees that are hanging on wires to the greatest extent possible.  All trees that are hanging and especially trees caught in wires, should be considered potentially dangerous.

After Hurricane Sandy passed through Town, there have been many hundreds of reports of wires down, trees down and blocked roads. All five State Highways were closed with multiple blocked locations on each State Highway. All County roads were blocked at multiple locations as well. The town Department of Public Works, Police Department and Con Ed crews are teaming up to open our roads. As of 7:00 p.m. tonight two State Highways are open—Route 117 and Route 134.

STORM INFO: Call these numbers for these emergencies…

Advance work:  Help by clearing leaves and debris from storm drains in your neighborhood!  But once the storm arrives, stay off the roads.  See “Read more…”

Clocks “fall back” one hour this weekend @ 2am Sun. Nov. 2; change alarm batteries too 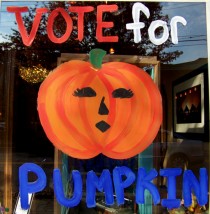 • Town has designated Wed. Nov. 7 for Trick or Treating; please refrain until then.

Editor’s Note: Technically, legally, a meeting will be held on Oct. 29 or 30 in order to “adjourn” the public hearing to another date and time.

On Tuesday, October 30, at 8:00 p.m. at Town Hall, the Town Board will hold two public hearings related to permitting a grocery store and other retail—together occupying 120,000 square feet—at Chappaqua Crossing.  The first hearing is a continuation of the public hearing on the zoning change that would permit the new use; the second is on proposed changes to Summit Greenfield’s plan for 111 multi-family residential units that would accommodate the added grocery-and-retail use.

NEW: “Does God Belong in the Voting Booth?” at Temple Beth El 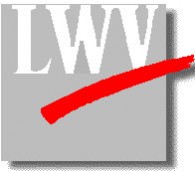 THE SPELLING BEE IS CANCELED DUE TO STORM AFTERMATH.  TO BE RESCHEDULED.

Here’s the buzzzzzz…. S.H.A.R.E., or Students Have A Responsibility Everywhere, the umbrella volunteer organization at Horace Greeley High School, invites you to its 3rd Annual Spelling Bee on Friday, November 2nd at 7:00 p.m. in the Greeley gym.  This exciting orthographic ordeal will benefit the Horace Greeley Scholarship Fund.

Editor’s Note: Since October, 2007, NewCastleNOW.org has published every week in its real estate section information about houses sold in New Castle as that information has been released by Westchester County.

NEW: Advisory: Sanitation trucks will be stationed on Saturday to receive household garbage

•  Sanitation trucks will be stationed this Saturday, November 3, at Gedney Park, at the Town’s Recycling Center on Hunts Lane, and at the Chappaqua Train Station, between 7:30 a.m. and 2:30 p.m. for household garbage.

Thank you. We greatly appreciate your patience.

NEW: We’re Open for Business—and the parking is great!

The Chappaqua-Millwood Chamber of Commerce invited merchants to report to us whether they’re up and running. Below, see what they’re offering and how to contact them.

Residents familiar with Route 133 have been met by a startling sight the past few days: a nearly obliterated small home. The house and the car next to it were virtually buried by multiple trees.

New Castle Justice Court is cancelled this evening. All cases have been adjourned to next Thursday evening, November 8. RT 133 is closed between Quaker Rd and Random Farms drive. New Castle Police, DPW and ConEd are on the scene working to open this stretch of Road.

11/2/12: No one knows when power will be restored anywhere.  Public places and dense neighborhoods are priorities for Con Ed.  Power could be out here in New Castle for a week or more still.  Ninety percent of New Castle’s roughly 6,000 households lost power, around 5,300 households.

Watch for dry ice availability on the town’s website www.mynewcastle.org. Con Ed seems to decide suddenly where it will appear, and you usually have from 12 to 6 p.m. to go stand in line for it (yesterday—Thursday—it was in Armonk).

UPDATED 4:50 p.m. Wednesday: A Sanitation Truck will be parked at two locations on Thursday and Friday. so that residents can drop off garbage:  One at the Chappaqua Train Station parking lot and another at Gedney Park parking lot.  Both will remain from 7:30 a.m. to 2:30 p.m.

The Town is also planning to have garbage container at its recycling center on Saturday, November 3, 2012 for residents to drop off household garbage.

DO NOT CALL NEW CASTLE POLICE; CALL CON ED INSTEAD:

ALSO CALL CON ED TO REPORT THAT YOU HAVE NO POWER

If you don’t call Con Ed, you won’t be counted as needing power restored.  As Lt. Dan Cannon explained, “Con Ed has its priorities, working to restore power to the greatest number of people possible.  The more reports are sent in, the higher that neighborhood goes up in the computerized pecking order.  Don’t assume that your neighbors have called it in and therefore you don’t have to.”

Internet connection in public places has been spotty in New Castle.  Even at Town Hall it comes and goes.  Lange’s has had good connection at times, but not consistently. People have reported that Mt. Kisco and Pleasantville are more dependable (right in front of Jacob Burns Film Center is one good spot).

The town is recommending that families hold off on neighborhood trick or treating until Wednesday, November 7.  Conditions are too dangerous to attempt it sooner.

Update Wed. Oct. 31—2:00 p.m. THE TOWN RECOMMENDS HOLDING OFF ON ALL NEIGHBORHOOD TRICK OR TREATING UNTIL WEDNESDAY, NOV. 7.

We’re sad to announce that trick-or-treating in downtown Chappaqua is cancelled.  Many of our merchants have been hit hard by the storm.  Not only were they closed for several days, which is a hard hit on their resources, but it’ll take several more days for them to get back up-to-speed.  Please consider a mini-shopping spree as a show of support for our merchants AFTER STORM RECOVERY..  The town is recommending November 7 as a good day to celebrate.

Under gray skies and in light drizzle, on Wednesday afternoon middle school students from Bell and Seven Bridges armed with paint, brushes and dry-cleaning-bag plastic (to protect their work) provided merchants with scary- and candy-themed Halloween windows, leaving “Thank-You-So-Much!” signs alongside.  See some of their work in “Read more…”

At last Wednesday’s Board of Education meeting Greeley’s new principal, Robert Rhodes, updated board members on his entry plan at Greeley, “to learn a lot about the people and the culture before making decisions.  You can come in with a new set of eyes and all these ideas, but you don’t really know how things work.”

Merchant of the Week: The New Castle Historical Society

I wanted more details about their biggest event of the year – the 45th Chappaqua Antiques Show. 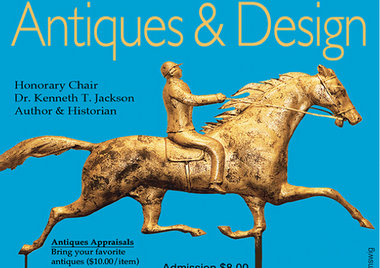 The Chappaqua Antiques Show is CANCELED; POWER IS OUT IN ALL SCHOOLS BUT SEVEN BRIDGES 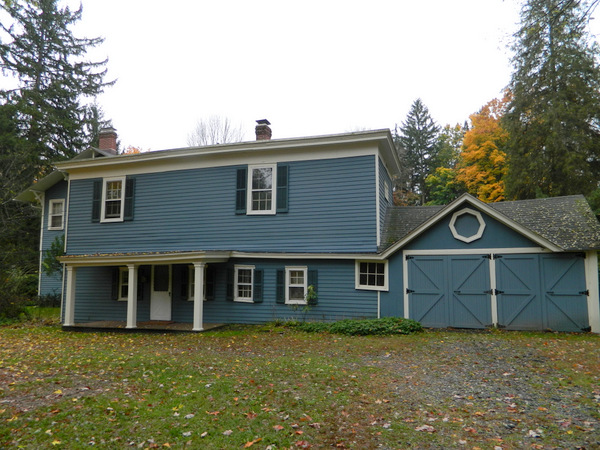 Editor’s Note: In last Tuesday’s Town Board meeting, New Castle Town Historian and Chair of the Landmarks Advisory Committee Gray Williams related the story of the house—or, rather, conjoined houses—on Quaker Road that his committee was recommending for landmark status.  ““I am this day 71 years old,” wrote Sutton Reynolds, Jr. in 1865. “I thought I would write a record of some of my family. About the year 1698 or 9, my grandfather was born. . . “

From the Chappaqua-Millwood Chamber of Commerce 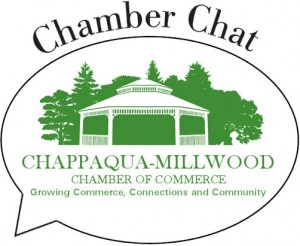 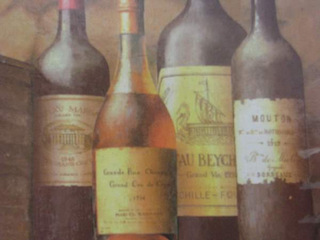 The Rotary Club of Chappaqua will host a wine tasting to benefit the Chappaqua Volunteer Ambulance Corps (CVAC) on Wednesday, November 7th, from 7:00 p.m. to 9:30 p.m. at Crabtree’s Kittle House.  Tickets may be purchased in advance for $45 ($90 per couple) or at the door for $50 ($100 per couple).

NEW: Before and after the sweep of Sandy

Autumn was in peak-peak form, but Hurricane Sandy might made short work of the remainder of autumn leaves.  See more photos of town in “Read more…”