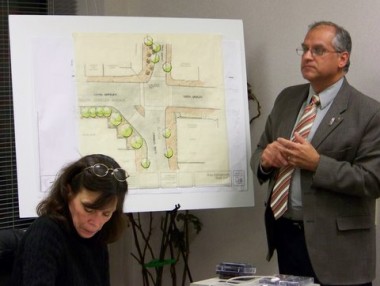 Special outside counsel to the New Castle town board for matters relating to the Reader’s Digest property, Bob Davis, reported to the board in its work session that he had asked again for the voluminous draft environmental impact statement, or DEIS, to be provided to the town in disc form. As of 9:00 a.m., Thursday, November 20, no disc has been received. Managing with paper-only has slowed down the board’s review process. So far Summit Greenfield, the developer of the Reader’s Digest property, has declined to provide the documents in disc format until the board has finished is completeness review.

So long as the town is proceeding diligently with that review process, the deadline for finishing, currently set at December 1, will likely remain somewhat flexible. If the board finds the DEIS incomplete or inadequate for any number of reasons, and sends it back to Summit Greenfield for fixing, that tentative deadline could be extended by 30 days. Once the town board declares the DEIS complete, 15 days must pass before a public hearing can occur on the final document, and the hearing could possibly not occur until 60 days after the finding of completeness.  The public comment or hearing period would last at least 30 days, and even after the close of the hearing, the public is allowed 30 days more for written comments to the board.

The Citibank parking lot renovation is entering its final stages and will soon be repaved and become a functioning parking lot again. The pocket park under construction on the north side of Citibank, however, is on a slower track. The project at that site has cost about $500,000 so far.

$500,000 set aside in next year’s budget for hamlet improvement

The town has proposed another half million in its 2009 budget for downtown hamlet improvement, mainly to three areas. Town planners envision replacing the asphalt on the lower end of King Street (the strip from Starbucks to Village Market) with a distinctive surface. They are also planning improvements to the intersection between town hall and the Chappaqua library, which could include bump outs and crosswalks. The third project they plan to push forward with next year is the proposed sidewalk along North Greeley Avenue between Maple and Bischoff.

Town administrator Jerry Faiella showed the board a drawing of proposed changes to the Starbucks intersection of King Street and North Greeley. The drawing called for the relocation of angled parking spaces from the north side of Lower King Street to the south, or Starbucks side, of Lower King Street. At the same time Faiella proposed increasing the corner sidewalk space at Starbucks, which he suggested, would ease left turns onto Lower King from South Greeley as well as provide sidewalk space for Starbucks.

Faiella also exhibited a conceptual plan of a tree-lined median running down South Greeley Avenue in front of the Bell school, with parking spaces shown on both sides of the street rather than on just one, as it is now.  This change would result in the loss of sidewalks on one side of South Greeley Avenue. He reported that town officials had met with school board officials to review the rationale for making a new roadway connection between South Greeley Avenue and Senter Street where it ends at Bell’s porte-cochere.  This cut-through, according to Faiella, would help with traffic congestion caused by parents dropping off Bell students and buses doing the same. School employees, as well as cars emptying the train parking lot at rush hour would have the option of leaving downtown by way of Senter Street.  When asked whether the school board had been amenable to the plan, Faiella responded, “They didn’t close the door.” He hopes that talks would continue.  The two boards have a joint session scheduled on December 16, 2009.

Town staff are counting parking inventory, gathering data on land use, types of business, number of employees. Once this data is collected, town planner Lincoln Daley and consultant Joanne Meder will review the information and make suggestions for laws regulating first floor uses in downtown Chappaqua.