Welcome to the Faith & Religion Section

Join us and a representative from The Fresh Air Fund Tuesday May 17th, at 7:30 p.m. in the Upstairs Community Hall of the Presbyterian Church of Mt. Kisco, 605 Millwood Road (Rt. 133) in Mt Kisco, to learn how you can become a host family for a week or two this summer to an inner city youth.

Letter to the Editor: There is a real need for affordable housing in New Castle

POSTPONED UNTIL MARCH Differing views on the US-Israel relationship –

Celebrating the Festival of Lights, a summary of local Chanukah events 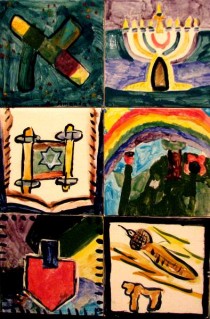 Chanukah, the eight-day Jewish holiday and festival of lights commemorating the Maccabee-led victory over Syrian-Greeks and recapture of the Jerusalem Temple 2100 years ago begins Wednesday evening, December 1, at sundown.  Families will celebrate by lighting candles, gathering for family dinners, exchanging gifts, enjoying traditional songs and games including Dreidel spinning, and share traditional foods cooked in oil like potato pancakes (latkes) and jelly donuts.

NEW: Differing views on the US-Israel relationship – A two-part series at Temple Beth-El

In today’s political climate, it can be particularly challenging for Americans to decide what it means to “support Israel.”  In the coming weeks, the Israel Action Committee of Temple Beth El of Northern Westchester will present a two-part series, where representatives from two prominent organizations will share what they see as the challenges and the hopes for the State of Israel. 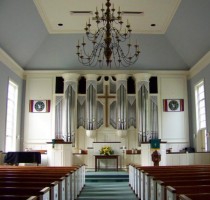 November 19, 2010 by Dean Travalino The Westchester Oratorio Society will present a fast-paced, period performance of Handel’s Messiah with the acclaimed early music ensemble, REBEL Baroque, on Sunday afternoon November 21, 2010 at the Presbyterian Church of Mount Kisco beginning at 4:00 p.m. 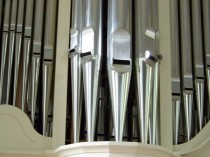 The Presbyterian Church of Mt. Kisco’s new organist, Terence J. Flanagan, pulls out all the stops at 7:30 p.m. tonight to showcase the colors and sounds of the von Beckerath “Water Organ.” The program includes works by Bach, Widor and Bolcom.

Tonight at sunset Yom Kippur observance begins for thousands of Northern Westchester residents.  Yom Kippur is the “Day of Atonement” and refers to the annual Jewish observance of fasting, prayer and repentance. This is considered to be the holiest day in the Jewish calendar. 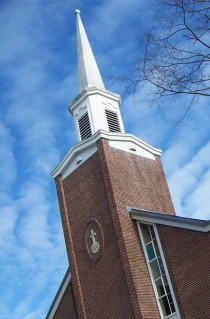 From Palm Sunday to Easter – that time Christians call Holy Week – is the most holy and yet perhaps the most challenging week in the church year. Following along with the story and feeling the rhythm of this week is truly an emotional roller coaster. Through the Holy Week services at the First Congregational Church we reflect on all its ups and downs, in many ways like those in our own lives.

Editor’s note: December, for many among us, is a time for contemplation. The very hustle and bustle of the holidays can throw open a window of opportunity for quiet deliberation that stays shuttered tight in the daily grind the rest of the year.

So we propose with our remaining December issues to offer some food for thought for those moments when you stand patiently in line at Starbucks seeking a seasonal pick-me-upper; watch intently as the Chanukah candles melt; wait for pictures to load on a charitable or retail web site; or when driving to drop off a food basket or to get that one last elusive gift. We welcome submissions from all faiths and beliefs.

We offer here a sermon delivered by Reverend Tom Lenhart of the First Congregational Church of Chappaqua on the second Sunday of Advent about “Security and Peace.”

Finding Lights in the Darkness

Editor’s note: December, for many among us, is a time for contemplation. The very hustle and bustle of the holidays can throw open a window of opportunity for quiet deliberation that stays shuttered tight in the daily grind the rest of the year.

So we propose with our remaining December issues to offer some food for thought for those moments when you stand patiently in line at Starbucks seeking a seasonal pick-me-upper; watch intently as the Chanukah candles melt; wait for pictures to load on a charitable or retail web site; or when driving to drop off a food basket or to get that one last elusive gift. We welcome submissions from all faiths and beliefs.

We offer here the thoughts of Assistant Rabbi Geoffrey A. Mitelman of Temple Beth El on the seventh night of Chanukah.

For the first time ever, the First Congregational Church of Chappaqua (FCC) is hosting a Tag Sale this fall in addition to its well known Barn Sale held in the spring.

Change of location: from train station to Congregational Church June 19, 2009 by Christine Yeres

With activities for all ages, including live music and films, the Interfaith Council of Chappaqua will mark World Refugee Day indoors, at the First Congregational Church, located at the intersection of Orchard Ridge Road and Route 117 on Saturday, June 20, from 2:00 p.m. to 5:00 p.m.  With the help of the United Nations High Commissioner for Refugees, or UNHCR, the space will be transformed into a refugee camp with tents, cooking utensils and the kind of food packages that UNHCR distributes throughout the world in real emergencies. 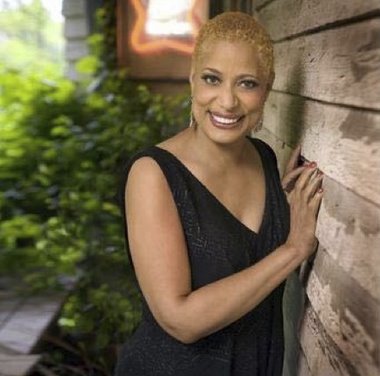 This past November, a group of us from the First Congregational Church were fortunate to hear Westchester’s own Vaneese Thomas perform the mezzo-soprano role in “Too Hot to Handel” at Carnegie Hall. Her singing was mesmerizing. Most recently, Ms. Thomas performed to a packed house during a torrential rainstorm at the Town Crier in Pawling. 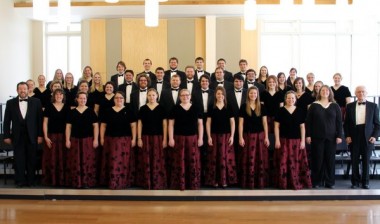 While some students are flying to warmer locales for Spring Break, others are dedicated to the arts and to the fulfillment of scholarship requirements.  This was the case for me when I was on a Music Scholarship to Muskingum University in Southeast Ohio.

NEW: “Nine Lessons and Carols” this Saturday at Presbyterian Church of Mount Kisco 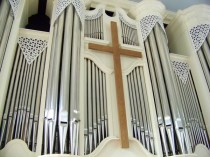 I get into the spirit of Christmas by listening on Christmas Eve to National Public Radio’s broadcast of the “Festival of Nine Lessons and Carols” from King’s College, Cambridge.

NEW: Bring your voice to the Annual Messiah Sing! 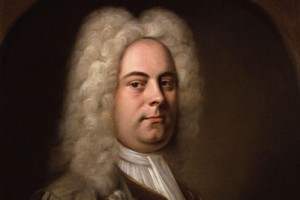 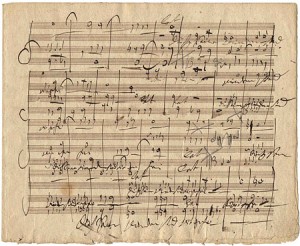 The music is familiar, uplifting, inspiring . . . and now part of a new community tradition! It’s time to take your holiday voice out of the shower and join friends and neighbors at the Second Annual Messiah sing-along.  Lest we forget, Handel’s famous Messiah is much more than just the Hallelujah Chorus!

There’s a whole score-ful of beautiful music, and we’ll perform it all together this Sunday, December 5, at 5:00 p.m., gently guided by the skillful direction of Stephen Fancher, music director of St. Mary the Virgin, and featuring solos by numerous talented local vocalists. 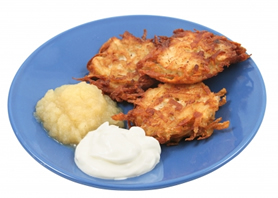 Chanukah is just as much a celebration of food as of light.  Here is a sampling of easy-to-make, healthy and traditional oil-based Latkes to enrich family celebrations and tickle holiday palates.  Kids love them.  Tired of potatoes?  Consider using zucchini, carrots, cauliflower, mushrooms, noodles, even almonds or pecans.  Make your own frying-pan miracle. 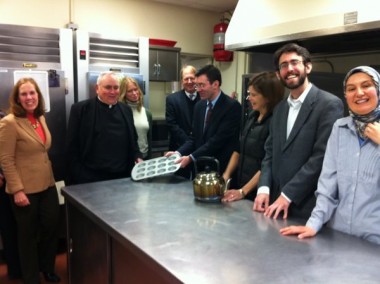 Members of the Interfaith Council check out the kitchen at First Congregation Church November 19, 2010 by Elinor Griffith

From the opening musical strands of “Let There Be Peace on Earth” to the last crunch of apple crisp or pumpkin pie, the Chappaqua Interfaith Council’s Annual Thanksgiving Service and Dinner is a much-anticipated community event.  It will be held this year at the First Congregational Church on Sunday, November 21 at 4:00 pm.  A free Thanksgiving feast will be served immediately following the service when everyone can mingle and get to know other faith groups in the community. Everyone is welcome. 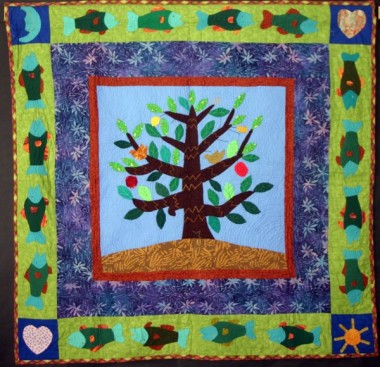 Tonight, Friday, October 15, The First Congregational Church of Chappaqua, will host a Quilt Show and Sale presented by PeaceQuilts from 7:30 to 9:30 p.m.  The story behind the PeaceQuilts Project is an intriguing one, and Jeanne Staples, director of PeaceQuilts, will be on hand to explain its mission to help Haitian women earn a living wage. 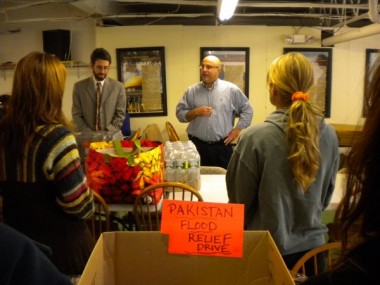 This past Sunday, October 3, more than thirty parents and children from Temple Beth El gathered along with their Muslim neighbors at the Upper Westchester Muslim Society Mosque to pack boxes of relief aid to be sent to Pakistan.

Sermon by Rev. Tom Lenhart of FCC: “Mosques in Our Community?”

Though I was on the Maine Coast for a few weeks this summer, I heard about the controversy over the proposed building of an Islamic Center two blocks from “ground zero,” the site of the World Trade Center destroyed by terrorists on September 11, 2001.

After four years of planning, construction is finally underway at Temple Beth El of Northern Westchester in Chappaqua.  The $12 million expansion project, which will double the size of the synagogue and attached buildings from 18,435 to 36,000 square feet has begun.

Temple Beth El of Northern Westchester broke ground Sunday, May 16, on its long-awaited facility expansion project for which construction will begin June 7.

All music, no sermon on “Choir Sunday” at First Congregational Church

Twice a year for more than 35 years, the First Congregational Church of Chappaqua Chancel Choir has performed a significant choral piece in lieu of the Sunday sermon. This Sunday, March 21, during morning worship from 10:00 to 11:00 a.m., the choir will perform Francis Poulenc’s Gloria. All are invited to share in this special Sunday worship service and join us for Sunday brunch afterwards in the church hall.

The Hales are moving to Massachusetts. Updated Monday, March 22, 2010 by Reverend Tom Lenhart

Last Sunday, March 21, after the morning worship service, The First Congregational Church held a special brunch to say goodbye to Gordon and Marj Hale, long-time residents of Chappaqua and members of the church since 1953.

Interfaith Council Thanksgiving leaves everyone with fellow-feeling and full bellies

Editor’s note: On Sunday, November 22, a Thanksgiving Interfaith Service was hosted by St. John and St. Mary’s Catholic Church.  It began with music and prayers sung and read by representatives of all the Interfaith Council member groups, and ended with a feast in the parish hall.  Here we reprint The Reverend Tom Lenhart’s opening remarks, followed by notes from some of the participants, and last, some film.

“On behalf of the Interfaith Council’s members I want to welcome you today to this thanksgiving service. We have much to be thankful for. Among our blessings is the legacy of remarkable ideals—equality, liberty, and freedom of religion—established by those who have gone before us. This is a land where a church and a temple and a mosque can share the same street; where children of different races, nationalities and religions can play and learn together. In that spirit we gather together in interfaith worship this day . . . 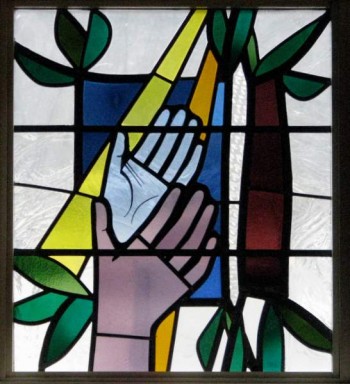 The Chappaqua Interfaith Council will hold its annual Thanksgiving Service at St. John and St. Mary’s Catholic Church, 30 Poillon Road, Chappaqua, this Sunday, November 22 at 4:00 p.m.. A community meal will follow the service. Everyone in the community is welcome. Prayers, readings, music and song will be performed by members of all the participating faith communities. The Kittle House will again be providing the main portion of the meal. D’Agostino’s supermarket has also provided a generous donation.  There is no charge for the meal.