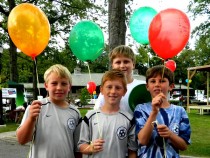 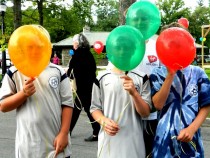 Editor’s Note: Relieved to re-find one another after the meteorological clobbering we all took over the summer, everyone turned out to sun and stroll, taste, sample, hob-nob, bounce, dance, buy-a-chance, test their recycling knowledge, give blood, be pitched, be filmed, meet candidates for office, and just plain not-be-rained-on.

The Rotary’s Community Day was like a big, fun, end-of-summer block party, supplying people with food and food-for-thought.  We all came away with lots of action-items for the year. 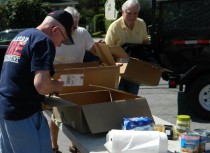 An outpouring of concern for Upstate New Yorkers ruined by Hurricane Irene manifested itself in a steady stream last Friday and Saturday of household goods, food, clothing, and school supplies to collection points at the Millwood Fire Station #1 and the farmers market at the train station in downtown Chappaqua.

There’s still time to book a booth at Community Day 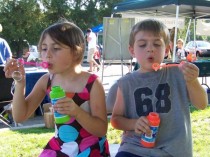 To get a feel for what it’s like, see photos of last year’s Community Day in Photo Gallery September 9, 2011 by Christine Yeres

Chappaqua and Millwood shopkeepers are welcome to join in the party by taking a booth at the Saturday, September 17 Community Day at the Chappaqua Train Station.  Local shop owners, non-profits, political candidates: Show your wares, strut your stuff, explain yourself to passers-by!  A basic 10 x 10 foot booth space (you must provide your own umbrella or tent top, table or furnishings) costs $75; add an additional $15 if you need electricity.  To download a registration form click HERE

Open letter to the community: Looking for suggestions on how to improve New Castle

Editor’s Note: Since Rob Greenstein’s piece has received another influx of comments since we re-published it on Monday, August 5, we’re keeping it on our front page so that readers can catch up.

DOT found that the “detection loop” sending info to the computer was faulty. July 22, 2011 by Christine Yeres

Melissa Slater, assistant to Regional Director Bill Gorton of the New York State Department of Transportation in Poughkeepsie, confirmed yesterday that the DOT had received many letters from New Castle residents describing difficulties at the newly completed intersection of routes 120 and 133.

• The Millwood Board of Fire Commissioners will hold the regular monthly meeting TONIGHT, MONDAY, June 27, at 7:30 p.m. at Station No.2 located at 366 Croton Dam Road in the Town of New Castle.

• Save the Date: Next Millwood Task Force meeting is Thursday, July 7. 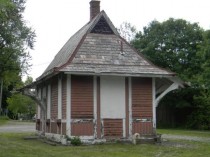 Last Friday the Millwood Task Force formally requested the town building inspector to have a look at the tumbledown little train station house at Station Place in Millwood to determine whether that structure is in violation of town law. See “Millwood Matters: Station house a dangerous eyesore,” NewCastleNOW.org, June 6, 2011.

Tax revaluation consultant explains it all at Westorchard MONDAY, May 23 at 7:00 p.m.

In October 2009, the New Castle town board hired consultant Thomas Frey of Frey Appraisal & Consulting Services, Inc. to help board members decide whether to undertake a revaluation of real property in New Castle, predict how it would affect the town’s tax picture (who’s underpaying, who’s overpaying) and estimate how much it would cost the town to conduct the revaluation. Frey will appear tonight at Westorchard Elementary School at 7:00 p.m. to explain his report and answer residents’ questions on revaluation.

The Millwood Task Force Agenda for next Thursday, June 2, includes discussion of last Monday’s report by Thomas Frey on revaluation of properties in New Castle.  In “Read more…” find the embedded video of Frey’s presentation, through NCCMC’s “video on demand,” as well as a link to the report.

Last Wednesday, April 20, the New Castle Zoning Board of Appeals received a preliminary report on the draft environmental impact statement (DEIS) relating to the mosque proposed to be built by the Upper Westchester Muslim Society on Pinesbridge Road in the West End of New Castle. 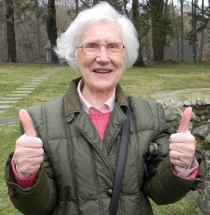 • Wed. Apr. 27: Zoning Board of Appeals discusses “completeness review comments” for the DEIS for the proposed mosque on Pinesbridge Road.

Letter to the Editor: We support the bond issue for the new Millwood firehouse

With 28 comments since publication Tuesday, October 25, 2011 by Christine Yeres

The Republicans’ two-hour visit to Millwood’s Tazza Cafe last Thursday evening began with general chat among candidates and residents—about 25 there expressly to hear them, plus some puzzled Tazza customers who who passed through. 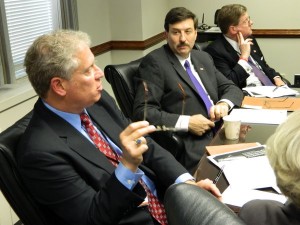 The recent revival of the sewer hopes for three New Castle communities with failing septic treatment plants has caused others to question why their own communities aren’t on the list – especially once Chappaqua Crossing was added to the group last May. 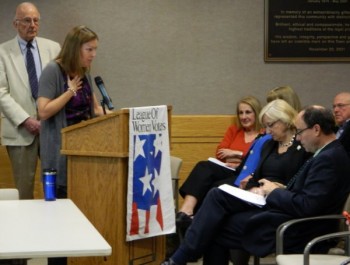 Last Monday night’s League of Women Voters’ forum on the November 8 referendum —a proposal to expand the New Castle Town Board from its current four at-large members and one supervisor to six members, each of whom would be elected instead by a geographic ward or district, and one supervisor—was attended by about 60 people.

Letter to the Editor: League urges a “No” vote on ward system referendum

After a membership meeting in which the referendum* to increase the size of the New Castle Town Board and to change the system of electing board members was thoroughly explored, the League of Women Voters of New Castle arrived at a consensus to oppose the referendum. The League urges residents to vote no on this referendum on November 8th.

League of Women voters opposes ward referendum, but will hold forum on Oct. 17

The League of Women Voters of New Castle will oppose a referendum on the November 8th ballot proposing that the number of town board members be expanded from the current supervisor-plus-four-members to supervisor-plus-six, and that the six members should each be elected by voters from discrete wards, rather than by the electorate as a whole.  The League will hold a community forum on Monday, October 17 to educate the public on the pros and cons of the referendum.

Letter to the Editor: The proposed referendum to change the structure of town board elections

Last month, Manny Areces, a resident of New Castle, filed a petition signatures with the Town Clerk to get a referendum item on the ballot, a proposal to expand the number of at-large seats on the Town Board from four to six, and to have those six members run for election from six geographic wards. A change like this should have broad voter participation.

No public hearing on cell tower until all information is in, says planning board

Planning board chair Susan Carpenter reported to the Millwood Task Force on Thursday, September 8 that the cell tower company, Homeland-AT&T, “is pressing for a public hearing, but we told the applicant that they won’t get one until we have everything we’ve asked them to provide.”  The planning board is still hoping, she said, that there will be an non-residential alternative location to the seven-acre Rodrigues residential property at 50 Hoags Cross Road, on which AT&T and Homeland Towers want to place a 150-foot tower rising from a 2,500-square-foot fenced compound. 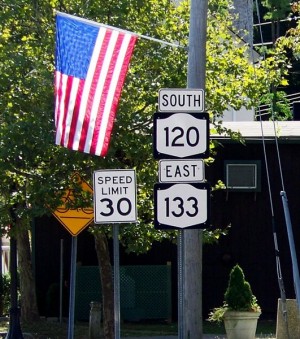 With 44 comments since publication September 9, 2011 by Christine Yeres

The town board has called again on Meg Walker, the Project for Public Spaces consultant who worked with the town on revitalization of downtown Chappaqua to turn her attention now on Millwood.  The board approved $6,000 for PPS to meet with a hamlet subcommittee to get ideas, determine goals, identify issues and discuss their findings in a workshop process much like the one PPS conducted five years ago for the Chappaqua hamlet.  The town board expects a report within two months of the visioning sessions. 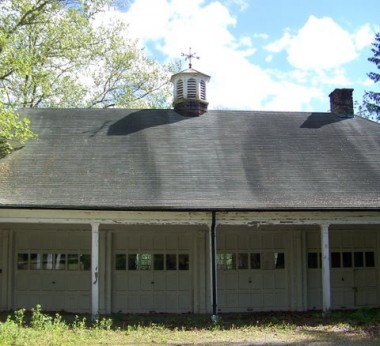 In a work session on Tuesday night architect Peter C. Cole reported back to town board members with a plan to preserve the Amsterdam Carriage House and adapt it to serve as document and equipment storage space for the town.  Already the garages at the carriage house contain some parks and rec equipment.

Letter to the Editor: Town Board needs a different approach to businesses in both our hamlets

An Open Letter of Gratitude to Millwood Fire Company #1 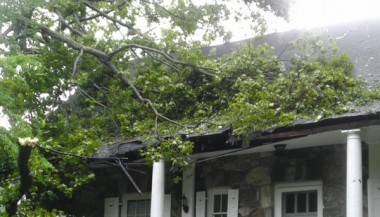 September 2, 2011 From the Millwood Board of Fire Commissioners

On behalf of everyone in the Millwood Fire District, the Millwood Board of Fire Commissioners would like to thank you for your professional response protecting our community during Hurricane Irene.

The Millwood Board of Fire Commissioners has reached an agreement with the owners of residential properties neighboring the site of the new firehouse approved by voters last April.  Negotiations with seven property owners have ended in a signed agreement to pay $200,000 to the group who were parties to a covenant restricting use of the property by the fire department.  An eighth neighbor, the group home, “Another Step,” donated its rights without compensation, according to Commissioner Alan Schapiro.

Over the last several weeks, three small dogs were reported missing. Only the third was found, the apparent victim of coyotes. See “Three dogs disappear in nine days, all in early morning; coyote attacks suspected.”  This week, licensed “nuisance animal control operators” will visit New Castle to find, trap and eliminate coyotes in the Lawrence Farms East and South as well as Cowdin Lane areas, according to the town’s Animal Control Warden Jim Moore.  Still, Moore says, coyotes are a fact of life. He offered the following information and advice to residents: